29 January 2020 ‘’The scope and the potential to really launch kids into the future is phenomenal’’: teachers give creator space the thumbs up”

It would be fair to say some teachers were sceptical about launching a Creator Space in each school that falls under the Aspirations Academies Trust.

One training session later and the answer is a resounding ‘yes’ from the teachers who have gathered at the MAT’s Head Office in west London.

Dan Burton, an English teacher at Rivers, a secondary academy based in west London, said: ‘’The scope and potential to really launch kids into the future is phenomenal.

‘’We’ve drawn out how we’re going to deliver it to staff, so for example for languages, the students will be able to use the VR headsets to travel to Spain and read the road signs.

‘’For Geography they will be able to stand on tectonic plates, for History they can travel to Roman times.

‘’Some of our students have just been to visit the Globe Theatre in London, the VR headsets will allow them to do a follow up looking at the Tudor costumes and how the Tudors lived.

‘’There are so many ways that Creator Space can be utilised. I fully expect the students will be showing us what they can do with the equipment in a year’s time!’’

The intention behind Creator Space is for students to work collaboratively using creative solutions to explore areas across the curriculum from science, technology, engineering and maths to art, design and English.

One of the goals of the Creator Space is to instil the creator mindset in students through creative experiences while simultaneously building 21st-century skills.

Schools will be able to use Creator Space for elements of the Applied Trans-discipline Learning (ATL) assignments and also build upon the No Limits Curriculum both of which are unique to the Aspirations Academies Trust.

Adam Blackburn, a Year 6 and Year 3 teacher at Oriel Academy, a primary in west London, said: ‘’Creator Space will prepare children for the future and will give children at our school the opportunity to go to places and see things they would never get to see otherwise.

‘’Creator Space will engage them in subjects they would never be interested in – it’s one thing to talk about WW1 but it’s another to drop them in a trench and have a look around.

‘’Engagement is the key and the ability to bring something to life.’’

He explained: ‘’Going forward, the manufacturing jobs of the future will involve being able to programme on CAD, a lot of jobs will involve coding and children at this age are able to pick things up so quickly.’’

The training session was led by Yin-Chien Yeap, founder of Playko: The Play Kompany, which is based at Futures Institute Banbury. 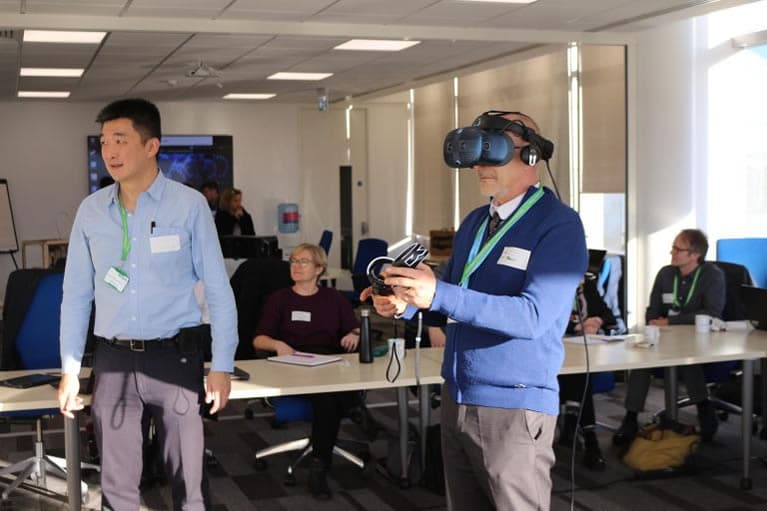 ‘’Creator Space will give students a taste of 21st-century skills and help immerse, involve and inspire them.

‘’Virtual Reality as a medium is useful to anyone looking to become a designer, architect, or wants to go into town planning. Learning to programme is important because we simply don’t have enough programmers!

‘’Creator Space is for artists and designers of the future and STEM students.’’

bANK HOLIDAY – MONDAY 19TH oCTOBER 2022 School will be closed on Monday 19th October due to this day now being a national bank holiday.…