A barbecue breakfast and ice cream van awaited students at Banbury Aspirations Campus this morning, for the second year in a row, as they collected their GCSE exam results.

Staff said the food treats organised for last year’s Year 11 cohort proved to be so popular, they decided they should do it every year for KS4 students collecting their exam results.

The students certainly had plenty to celebrate this morning with the school achieving a fantastic set of results, with a significant number of students gaining the top grades. 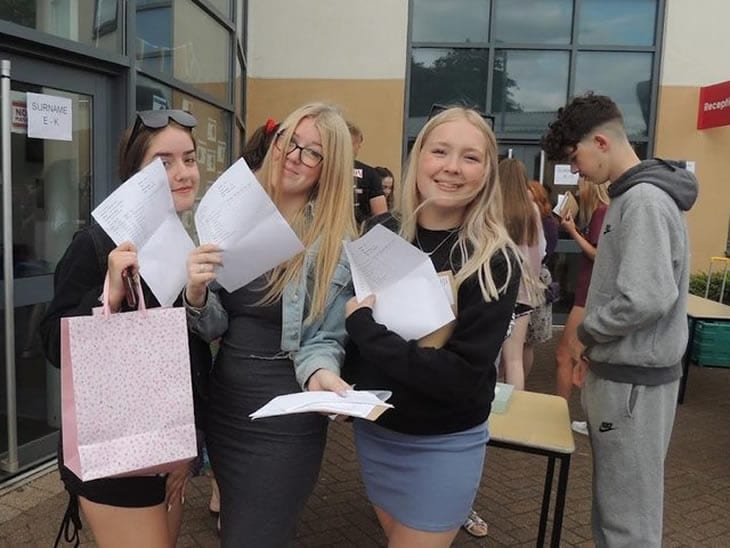 It is the second year running that GCSE students have collected their results without sitting end-of-year exams. Students were awarded their grades based on teacher assessments with a range of evidence used from mock exams, coursework and other work completed during the year, such as essays or in-class tests.

Natalie Y. was the top-performing student at Banbury Aspirations Campus this year having gained 8 grade 9s and a distinction level 2.

Georgia P. refused to allow her long Covid symptoms to stand in the way of her academic goals and is happy to have passed all of her GCSEs with grades ranging from distinction star to six.

Jan Hetherington, vice-principal at Banbury Aspirations Campus, said the impressive results are testament to the hard work and dedication shown by the students who refused to let Covid-19 obstacles stop them from achieving their academic goals.

She said: “This year has been tough for our Year 11 students. I believe they have had even more disruption compared to the previous Year 11 cohort.

“The grading process has been fair and a lot of the students have risen to the occasion.

“The students that work hard have enjoyed the evidence gathering process for grades rather than the focus of sitting one exam.

“This year the Year 11 students have written a motivational letter to themselves revealing their hopes, goals, ideas and advice they would give themselves.

“A teacher has then gone through the letters and added comments to the bottom of it in keeping with the tone.

“The letters very much tie in with the theme: the future is in their hands. This is what we have stressed to the students this year, they have had to put the work in continuously to get their grades because they can’t rely on a big push for a final exam.

“Since returning after Easter they have been on a path of learning and assessments. They’ve been made aware of the process following the decision not to have exams and they’ve understood that they will get back what they put in – their futures are in their hands.” 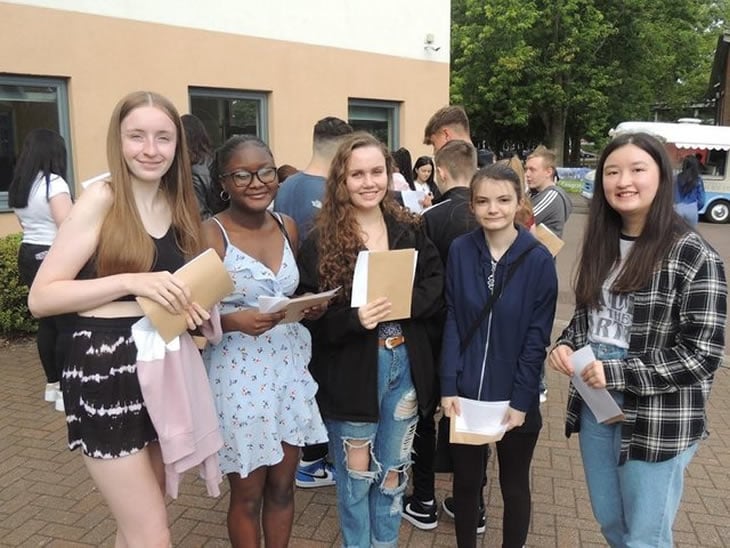 Natalie said: “It’s fantastic to have achieved the grades I have – it’s a lot of hard work paying off which is nice to see and I’m relieved I can now go on to do the A-level subjects I want to do. It was a nice environment at school this morning and I enjoyed having an ice cream – it was good ice cream and it was nice of them to do that.

“It has been unusual studying for GCSEs during a pandemic but I thought that the school had the necessary systems in place and that I could carry on learning from home because the resources were in place. It wasn’t an ideal situation but it worked for me.

“I think there was a degree of independence and there was an element of self-motivation required with home schooling but because of the support in place from the school I found it easy to work from home.

“It was strange to go from being in the classroom one minute to then being by yourself.

“We were still able to collaborate with people and have discussions so it was not entirely isolating.

“Having the assessments has allowed us to show a broader range of skills and is better than having your entire year of work assessed on a couple of hours in an exam.

“I plan to study maths, English literature and language and chemistry at Banbury Aspirations Campus Sixth Form. I think the teachers were very supportive and gave lots of feedback and encouragement and helped me to get my grades.” 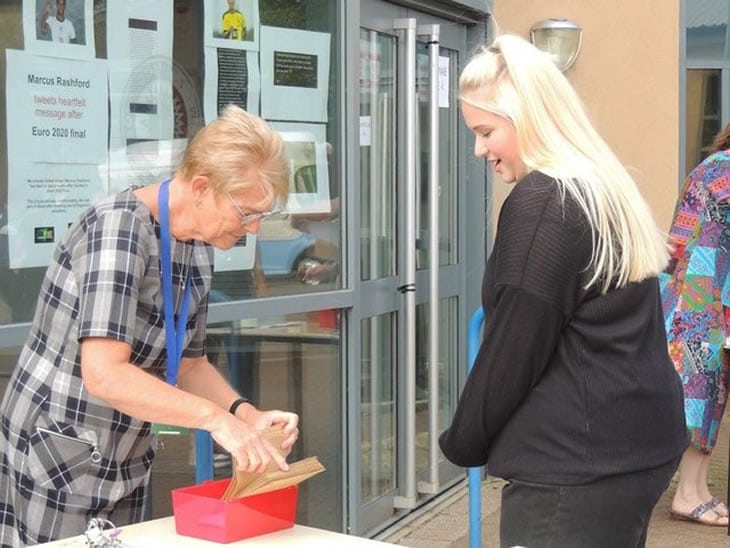 Georgia said: “I’m very pleased with myself and everything that I have achieved given how long I have had out of school.

“I was diagnosed with long Covid in October last year. I now suffer from chronic fatigue, cluster migraines and have allergies.

“It has been tough but I have refused to give up and worked extremely hard. It has been hard to work from home and I have had to focus but the support from the school has been fantastic. I now plan to study A-levels at Banbury Aspirations Campus Sixth Form and hope to go on to be a psychologist.

Georgia’s mum Lisa, added: “I am extremely proud of Georgia. She has had to work so hard since being diagnosed with long Covid but she has fought through to achieve what she has. She has been so self-driven and I couldn’t be more proud of her.”

This report originally appeared in the Banbury Guardian.